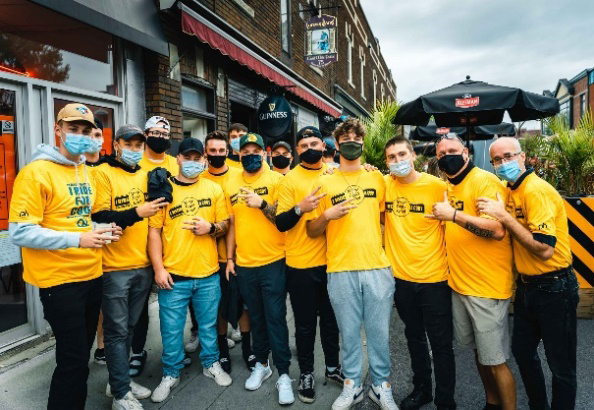 The Cody Michael Bouchard (CMB) Fund family announces that September’s I Ride for Cody fundraiser, with an initial goal of raising $30,000 in 30 days, raised $36,000 net.

The I Ride for Cody fundraiser began on Sept 1st when Jon Schrier hopped on an electric skateboard called a “One Wheel” in Sainte Anne de Bellevue, Montreal, Quebec bound for Whistler, British Columbia. On a quest to honour a family friend, 19-year-old Cody Michael Bouchard, who lost his life to cancer in February 2020, Jon rode 2,503 km on a ONE WHEEL board. He traveled through Quebec, Ontario, Manitoba, Saskatchewan, Alberta and British Columbia with his safety driver and best friend, Mitch Machioretty guiding him throughout the journey. In good weather and bad, Jon sent out daily videos on the I Ride for Cody Facebook page https://www.facebook.com/cmbfund.org sharing uplifting and positive tales of Canada’s beauty and how every day he thought of Cody. In his 30-day journey Jon was encouraged by supporters, generous strangers and met many wonderful people including young cancer survivors who are currently in the middle of their own fight with this horrible disease.

“I’m overwhelmed by the success of this initiative. What started out as a crazy idea to try and bring a smile to the faces of the people I love, to the adventure of a lifetime that not only met but surpassed its goal and helped make a young man’s last wish begin to grow.” – Jon Shrier

I Ride for Cody symbolizes strength, determination, perseverance, and compassion. Throughout his short life, Cody demonstrated all these traits. He was a remarkable teen whose motto was “No One Fights Alone.”

“Cody was a good young man…. a very good and kind young man who was taken away from us way too soon. He left a legacy that any person would be proud to leave behind. He left us with a note stating that “when I beat cancer again, I want to help cancer-stricken kids …. and that in fighting cancer …. FUCK CANCER – NO ONE FIGHTS ALONE!!!” – Jim Beauchamp

On Wednesday Oct 21 Cody’s parents, David and Elaine Bouchard and his brother, Kyle were at Pro Tam Packing to help pack Vo-Pak backpacks for VOBOC. They announced that in fulfilling Cody’s wishes to help cancer-stricken kids that part of I Ride for Cody will fund 60 Vo-Paks that will be given to teens and young adults on their first day of cancer treatment. Additionally, some funds will be used to help VOBOC grant Last and Special Requests. Accompanying the Bouchard family at the I Ride for Cody impact announcement were Pro-Tam Packaging President Tammy Hebert, VOBOC Founder & Executive Director, Doreen Edward, and Program Coordinator Deborah Sargent.

The CMB Fund and I Ride for Cody family wishes to thank all in the media across Canada, and especially those in Montreal, for the unwavering support. I Ride for Cody was a great success and more importantly, was able to bring awareness to the community of teens and young adults who suffer with all types of cancer and show that there is support there for them and when they need it, they will receive it. The CMB Fund and new upcoming I Ride for Cody initiatives will offer opportunities for others to help fulfill Cody’s wishes.

“To everyone who donated, THANK YOU SO MUCH!!! You truly make our motto stand true ” No One Fights Alone”. And to Cody our love, we just want you to know that Dad, Kyle and I promise to continue making your wishes stay alive. CMB Fund is our new way of life. We will work hard everyday making it into what your vision wanted it to be. We promise we will continue to make you proud xoxo… Forever Together Fuck Cancer” – “No One Fights Alone” – Elaine Bourchard

For the full PDF, including images and more detailed information, please click here.

I RIDE FOR CODY Background:

The CMB Fund was created at Cody’s parents and brother’s request to honour him and others like him who are fighting cancer. WWW.CMBFUND.ORG is a fund of The VOBOC Foundation with a particular focus on raising awareness and funds to help, at Cody’s request, “cancer-stricken kids.”

WWW.VOBOC.ORG – The VOBOC Foundation is 20-year-old Montreal based charity focused on supporting adolescents and young adults (AYA) with cancer. VOBOC’s free services begin by giving a Vo-Pak backpack to an AYA treated at any of the 7 McGill University affiliated hospitals and are followed up by offering support, services, and assistance in navigating the complex world of cancer. Cody received a Vo-Pak when he began his cancer treatment and it touched him greatly.

WWW.PROTAM.COM – A large scale Co-Packing service provider with a full range of packaging services tailored to help business companies assemble, package, store and distribute their products reliably and efficiently. Pro-Tam is a strong VOBOC supporter and is its Co-Packer for its Vo-Pak backpacks that are given to adolescents and young adults on their first day of cancer treatment. 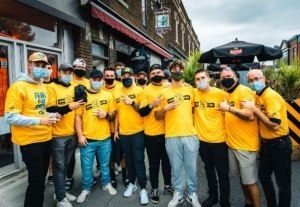 The I Ride for Cody fundraiser began on Sept 1st when Jon Schrier hopped on an electric skateboard called a “One Wheel” – on a quest to honour a family friend, 19-year-old Cody Michael Bouchard, who lost his life to cancer in February 2020. 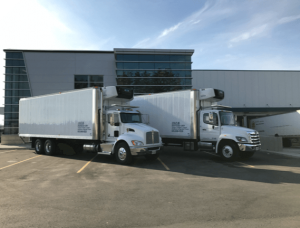 We are expanding our straight truck fleet in Ottawa and its surrounding regions at Frigid Rentals. We would now like to open a discussion concerning how we can help you optimize your operations moving forward. 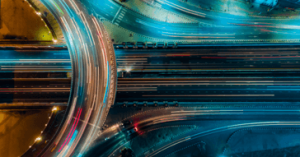 On November 1st, 2019 we amalgamated our three companies Frigid Rentals Inc., TIF Group, and Direction Nord Sud into one entity, FRIGID RENTALS INC. As a result, we are adjusting all of our social media.

Get in Touch with Frigid Rentals

How Can We Serve Your
Truck Rental Needs?

Inquire today with Frigid Rentals and take the first step in improving your Fleet. Let us know what your truck rental or leasing needs are - or what kind of truck parts or pre-owned truck you're looking for - and we'll be back in touch ASAP.